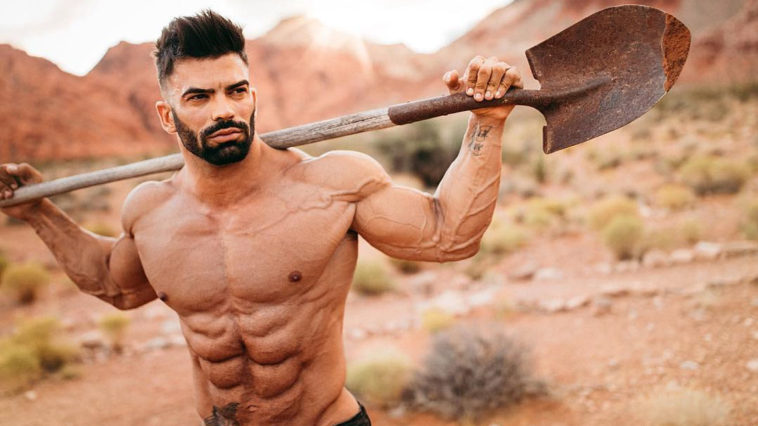 His story is different from the ordinary ones, where genetic monster through tough fitness preparations compete in the highest BB divisions, win all the trophies and achieve worldwide fame.

Sergi Constance’s example is true to today’s life as he is the one who majorly has upended the fitness industry by his social media influence.

Sergi was born in Valencia, Spain. Spending his time studying hard, Sergi also had a chance to work as a model due to the hard work he put in creating his aesthetic physique. However, after modelling, Sergi turned his attention to competing in Bodybuilding Shows.

However, having some troubles while on the scene (12th at the 2017 Mr. Olympia physique competition), Constance fought for fame posting physique shots with a professional polish, clothing and poses that showcase him at his best.

Muscle & Fitness, also, believe that a brief appearance in Justice League, the superhero blockbuster featuring DC Comics characters, as Zeus in a flashback sequence helped boost his following even more.

Of course, we do not insist that only glamour pictures bring followers and fame. When we talk about fitness sphere it is crucial to document your heavy training in Gold’s Gym, Venice, CA, hanging at the beach, consuming nutritious food and supplements, and, of course, showcasing the fruits of your labor.

#StayWild ? You need help to transform your body?? ?Join @belegend_lifestyle? Check my new 90 day transformation e-book ? to help you put a plan in action to reach your goal. . Get the Ebook ? (Link bio) or visit www.sergiconstance.com . ??Disponible en Español??

But hope you’ll agree that today, anybody can build a following and be a star. It’s never been easier to be famous. All you need is a phone and a WiFi connection. But remember to develop an amazing body first.

Nothing better than a beach day ? . @belegendcollection . #belegend #La #california

Is it good or bad, everyone has to choose for himself. But the fact that today you don’t need anymore to harm your health with strict pre-competition diets is important and a great step forward.

In conclusion, the one feature to mention is that Sergi’s story is a great motivation for those US kids who relate to obese.

Guess my % bodyfat? . You need help with your nutrition, diet, workouts or both?? ?Join @belegend_lifestyle? Check my 90 day transformation e-book ? to help you put a plan in action to reach your goal. . I provide: ✔️Full Nutrition ✔️Full Workout Details ✔️Cardio Workout Details ✔️Tracking Guides ✔️Full Detailed Schedule . Ready to see YOUR OWN Transformation? ? Click Link in my BIO or visit www.sergiconstance.com ??Disponible en español??

As according to research published in the New England Journal of Medicine, it’s estimated that 57% of U.S. children will be obese by the time they reach the age of 35.

That’s why, by promoting the fitness lifestyle in a positive way, Instagram bodybuilding stars are doing more than showcasing themselves—they’re doing a public service by inspiring others to exercise and eat clean.

IG fitness celebs are beckoning us: “If you’re not regularly on the site, it’s time to join the fun.”

#mondaymotivation . What are you training today?? ? @belegend_lifestyle .

Having goals is not enough, it's the action that deserves rewards.? @belegend_lifestyle

The benefits of exercise and diet include losing weight and reducing body fat percentage or improving your physical performance and skills. But more than that, exercise and good diet can reduce your stress levels, improve your mood and boost your body image and self confidence?- all of these are just too important to ignore!! ?Join @belegend_lifestyle ?

What fitness & bodybuilding teaches me is… to not waste my time, to be disciplined, dedicated, responsible and never give up, many of the limits are just in the mind ? @belegend_lifestyle . Lo que el fitness y el culturismo me ha enseñado es a no malgastar mi tiempo, a ser disciplinado, dedicacion y a no rendirme nunca… muchos de los limites solo existen en la mente ?@belegend_lifestyle

It's not about the weapon, it's about the purpose ? Outfit @vqfit, check the new mesh tank top Shop online at www.vqfit.com ??Use code SERGI to get 10% OFF (link bio @vqfit )